People with Alzheimer's disease may take medications to treat the disease itself, behavior changes, and other medical conditions. Caregivers need to know about each medicine the person takes. A doctor or pharmacist can answer questions about medicines.

Questions to ask about medicines may include:

Currently, four medicines are approved to treat Alzheimer's disease: It's important to understand that none of the four medicines can cure or stop the disease. What they can do, for some people, is help them improve for a while from where they started. Most of the time, these medicines work to slow down certain problems, such as memory loss. Slowing down memory loss can allow many people with Alzheimer's to be more comfortable and independent for a longer time.

The medicines approved to treat Alzheimer's disease are

If appropriate, the person's doctor may prescribe a medicine to treat behavior problems such as anxiety, depression, and aggression. Medicines to treat these behavior problems should be used only after other strategies have been tried. Talk with the doctor about which medicines are safest and most effective.

Certain medicines, such as sleep aids, anti-anxiety drugs, and antipsychotics (used to treat paranoia, hallucinations, sleeplessness, agitation, and aggression), should be taken cautiously. Someone with Alzheimer's should take these medicines only after the doctor has explained all risks and side effects and after other, safer medicines have been tried. You will need to watch closely for side effects.

People with Alzheimer's should not take anticholinergic drugs, which are medicines used to treat medical problems such as stomach cramps, incontinence, asthma, motion sickness, and muscle spasms. Side effects, such as confusion, can be serious for a person with Alzheimer's. These drugs include Atrovent®, Combivent®, DuoNeb®, and Spiriva®.

Many people with Alzheimer's disease have other medical problems, such as diabetes, high blood pressure, or heart disease. They may take different medicines for these conditions. Make a list of all of the person's medicines to take with you when you visit the doctor.

You can order print copies of these publications by calling 1-800-222-2225 or visiting www.nia.nih.gov/health 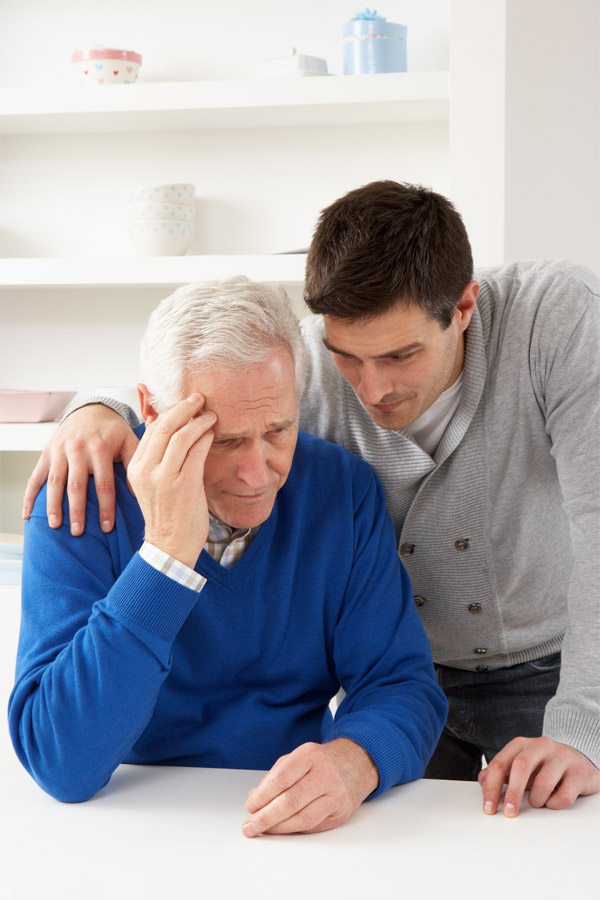